If you are an early adopter in the social media space, chances are that you already know about Foursquare. And more than that – you are probably already busy checking in at various locations, aiming to become the mayor and earn a new badge or two. Don’t know what I’m talking about? Don’t panic, it’s still very early in the game.
Foursquare could be described as a simplified Qype crossed with Twitter and some gaming aspects added, thus being potentially addictive. Only recently, Foursquare added 50 more cities, some of them in Europe, including Hamburg. If you sign up for Foursquare, you can easily find the usual suspects you already follow on Twitter or friended in Facebook.
And then the game begins. Check-in from your mobile phone at various venues, and you may also give a Twitter-like shout at your buddies. If you are the person who checked in more often than anyone else, Foursquare dubs you „The Mayor“ of that place, as long as nobody checks in more often.
Foursquare may well become the next Twitter. Of course this depends on many variables, but the early adopter crowd already has their vote cast. Ok, maybe Gowalla will be surpass Foursquare in Europe, but that’s another story.

Last week saw the introduction of a new operating system that will probably change the landscape over the course of the next few years. While it won’t replace Windows on the desktop anytime soon, Microsoft still needs to be scared.
When Google’s Chrome OS will appear on netbooks in a year from now, it first will abolish the so-called Microsoft tax on these devices. But while that’s nothing Microsoft really has to fear, Chrome OS will also create an entirely new device category – something in between smartphones and netbooks.
That’s not exactly the market Apple aims for with the long-awaited tablet (and Mike Arrington with his infamous CrunchPad). It’s also different from Amazon’s Kindle and Barnes & Noble’s Nook. In fact Google is about to create a new market segment for small, lightweight and cheap devices like the current netbooks, but without the hassle of running a full-blown operating system.
Who cares that the iPhone doesn’t run Mac OS X? Or that Android isn’t a desktop operating system? I’m pretty sure there is a market segment above smartphones, but below small notebooks. Over the last few years, the mobile gadget space and the notebook space have moved in opposite directions, with smartphones growing in funtionality and notebooks getting smaller.
Chrome OS is just the logical operating system for the netbook category that might grow larger and larger with even cheaper devices (no Microsoft tax). Netbooks running Chrome OS are just perfect as the second or third computer for many people – and maybe even the first computer or the computer many people spend most of their computer usage time with.
That’s basically the vision Oracle’s Larry Ellison touted in the late nineties for his so-called Network Computer. I think the vision is still valid, even though it failed to materialise so far. But what’s different now is the metaphorical layer. It’s not „The Network is the Computer“ but „The Browser is the Desktop“. Google tries to crack the age-old desktop metaphor. And that is what Microsoft really has to fear.
There are other things as well to worry about for the PC OS incumbent. First of all, Chrome OS is free. This fact alone poses a threat to Microsoft which still makes a lot of money from selling Windows. And it’s open source, thus solving the problem to get enough developers on the boat. Next, it moves almost everything to the cloud, where Microsoft despite its Azure efforts isn’t a strong player as of today.
That’s why Chrome OS is a Game Changer. I agree that there is quite a bit gambling at stake, but in the long run I think Google will be the clear winner. One of the next big issues you can expect Google to tackle is the connectivity problem. Of course there will be Chrome-powered netbooks packaged with mobile data plans. That’s a common model with today’s netbooks. But I think we can expect even more innovation in the mobile business from Google.

Before I can talk about Google Chrome OS (why it’s a Game Changer and Microsoft should be scared), I have to pass on this cool slide deck about webdesign trends for 2010. Food for thought your eyes!

Sometimes hijacking a popular function on the world’s most popular social network is simply the best approach to viral marketing. Forsman & Bodenfors did this for IKEA, and it looks like a real success. Just watch this short video (which is also a great way to package an agency case study).

Over the course of the last few weeks, AdAge has had an ongoing debate about the future (and present) role of agencies in general and the digital agency business in particular. The debate was kicked-off by Ana Andjelic and her piece titled Why Digital Agencies Aren’t Ready to Lead, in which she stated:

Digital agencies impress clients with their passion, drive and technology know-how. Clients then say: „You gave us a lot to think about.“ Which often means that the account is awarded to someone else. Where digital shops fail is giving confidence to the client that all this momentum will be indeed executed in a well-led marketing campaign.

Jacques-Hervé Roubert countered this attack by simply stating the opposite: Why Digital Agencies Are Indeed Ready to Lead. He writes:

Like it or not, the days of the ingenious, 30-second TV spot are over. Today’s creative ingenuity lies within the idea, the technology, the concept, the innovation and, perhaps most important, the Holy Grail: consumer connection. Word of mouth is more prevalent than ever and interactive communities have an increasingly louder and more influential voice and are stronger (and sometimes the only) sources of breaking news stories. No one understands this better — nor is better equipped to handle the swift demands required — than the digital agency.

Mitch Joel then even took the time to explain why both are right and wrong at the same time. Sounds weird? It isn’t. Here’s why:

The brands that are getting the best results are the ones who are bringing both traditional and digital marketing shops around the table and working in tandem to figure out a creative brief that is in-line with the overall business strategy, and then letting each agency go off and lead/create the right engagement for the right audience for the specific media channels that they are best at. Creative rarely „wins“ when the digital agency is simply translating a TV spot into an online campaign, and traditional agencies will have an equally hard time trying to translate a vibrant online community into a Cannes-winning ad campaign.

On a sidenote, the debate branched off to the question whether big digital agencies (like Digitas, Tribal DDB and Agency.com) are still needed or could and maybe should be replaced by smaller shops (like Big Spaceship, Firstborn and EVB who superseded the former three at Wrigley). Tim Williams, the founder of Ignition, now takes the debate to a new level with his AdAge piece on 15 Risks You Can’t Afford Not to Take. Out of his comprehensive list with many valid points, perhaps the most influential point would be the last:

15. Selling hours worked instead of value created. It’s time for agencies to come to grips with what they’re really selling. Clients don’t buy your costs (your hours, overhead or FTEs), they buy the value you create for their brands. Yet agency accounting and compensation models are built around time and efficiency rather than outcomes and effectiveness. Especially given the increasing cost pressures from clients, it’s time for agencies to start counting the right things and craft compensation approaches that align the economic incentives of the agency with those of the client.

As Peter Drucker once said, „You can’t manage change; you can only be ahead of it.“ Agencies, no matter how smart or resourceful, won’t be able to manage their way out of these disruptive changes in the marketplace. They can, however, devote their considerable creativity to staying one step ahead.

That’s a challenge, indeed. The agency business seems to be ripe for a real Game Changer.

Most marketers have never thought of digital as a wonderful place to build a brand. But that must change if their brands are to stay relevant in our digital era. 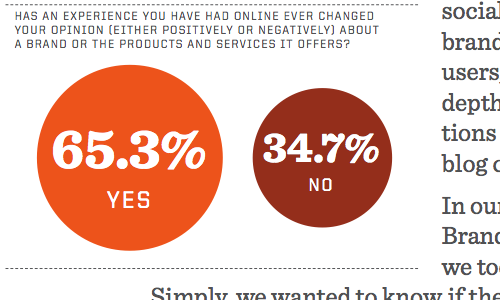 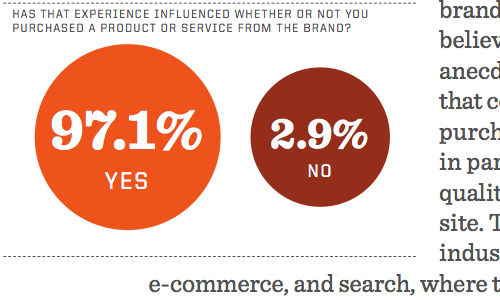 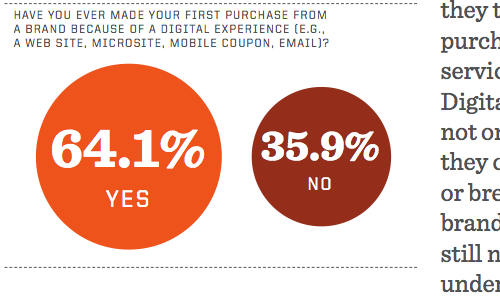 Learn more about the conference theme. The Call for Participation will be open soon.