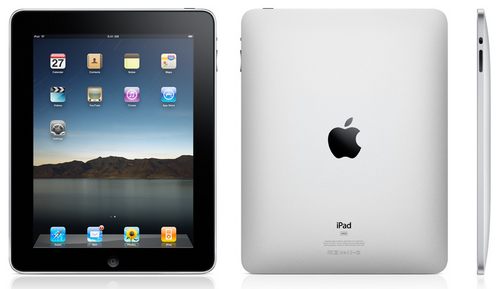 With the long-awaited iPad now revealed by Apple, things become a lot more clear on the secular war between closed and open systems. On the Internet, many people believe that open systems always win, at least in the long run. But in the meantime, things may look very different.
The lines between open and closed models have always been blurred. The IBM PC won because the hardware platform was open, and even the closed-source operating system, DOS in the old days and then Windows, was open to third-party developers. The user always could install whatever software he liked, be it on a PC or a Mac likewise.
Even smartphones have been more or less open devices, allowing for some kind of third-party software to be developed and installed. With the advent of the iPhone, we’ve come to see a new model, the app store, tightly controlled by a hardware and software vendor called Apple.
Google is challenging this model with the more open Android platform, based on the open-source OS Linux. On Android, there’s no authority controlling the app store like Apple does with iTunes, the app store and now the new iBook store.
But on the netbook and tablet class of computing devices, both Apple and Google now place their bets on iPhone-like closed systems. The iPad runs a modified version of the iPhone OS which is closed, and Google is working on Chrome OS which is closed, too. It’s even more closed than the iPad, because everything is supposed to run in the browser and there’s no way to install software besides the Chrome OS and the Chrome browser.
Are the days of open hardware and software platforms finally over? Or do we see a paradigm shift where the open element moves from the software layer to the browser? You may remember the old days when there was no app store on the iPhone and everything third-party was supposed to run in the browser. From this point of view, the introduction of the app store was an act of opening up the platform while retaining control.
Besides, much functionality that once resided in local applications is now on the move to the browser. With HTML5, the browser experience is going to be even more OS-like, thus reducing the need for applications. Maybe Open wins in the long run, as always, but moves entirely to the browser, while the OS layer will be more closed.