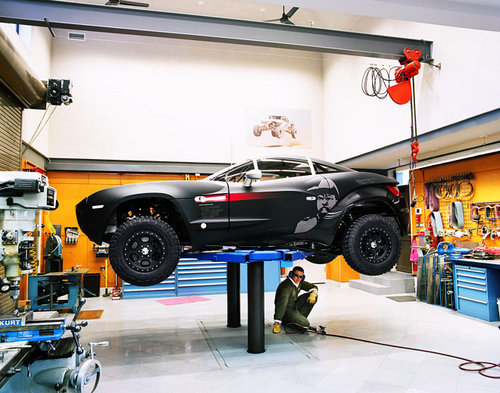 The Editor in Chief of Wired Magazine strikes again. After his blockbusters The Long Tail and Free Chris Anderson is now up to The Next Big Thing. This time, it’s nothing less than the Next Industrial Revolution, concerning atoms as the new bits. Anderson describes how networks, 3D printers, and other technologies are causing game-changing disruption in the traditional industrial business.
In his must-read Wired piece, he uses Local Motors as his first example for this kind of change. Founder Jay Rogers took the Threadless model and applied it to car manufacturing. Anderson’s story line:

If the past 10 years have been about discovering post-institutional social models on the Web, then the next 10 years will be about applying them to the real world.

This story is about the next 10 years.

Transformative change happens when industries democratize, when they’re ripped from the sole domain of companies, governments, and other institutions and handed over to regular folks. The Internet democratized publishing, broadcasting, and communications, and the consequence was a massive increase in the range of both participation and participants in everything digital — the long tail of bits.

Now the same is happening to manufacturing — the long tail of things.

The tools of factory production, from electronics assembly to 3-D printing, are now available to individuals, in batches as small as a single unit. Anybody with an idea and a little expertise can set assembly lines in China into motion with nothing more than some keystrokes on their laptop. A few days later, a prototype will be at their door, and once it all checks out, they can push a few more buttons and be in full production, making hundreds, thousands, or more. They can become a virtual micro-factory, able to design and sell goods without any infrastructure or even inventory; products can be assembled and drop-shipped by contractors who serve hundreds of such customers simultaneously.

Today, micro-factories make everything from cars to bike components to bespoke furniture in any design you can imagine. The collective potential of a million garage tinkerers is about to be unleashed on the global markets, as ideas go straight into production, no financing or tooling required. „Three guys with laptops“ used to describe a Web startup. Now it describes a hardware company, too.