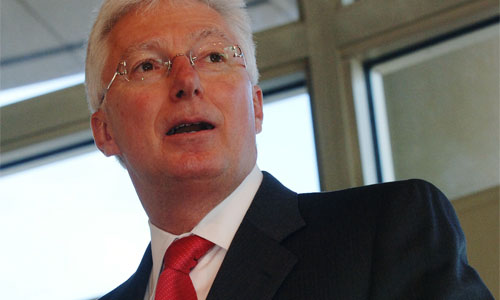 Last June, A.G. Lafley stepped down as CEO of Procter & Gamble, a position he held since 2000, but remained chairman. Now he announced that he will leave the chairman job as well.

It is not overstating things to say that Lafley brought P&G into the next century — and turned the once-staid company into a hive of innovation, bold business deals, and an absolute focus on the customer.

Together with Ram Charan, he wrote a book called The Game-Changer. The title slightly reminds me of the conference motto we’ve chosen for next10.
In his book, A.G. Lafley sums up his recipe for P&G’s success in five simple steps:

Sounds familar? Let me put it this way: A.G. Lafley adapted the secret formula of success for Web 2.0 to the consumer goods industry – and he started at a time well before Tim O’Reilly even coined the term itself. And so he changed the game.